Over the next month or so, SCIS will be undertaking a project to enhance existing Clickview catalogue records on the SCIS database.   The project will involve adding the ClickView global ID and 2 series statements to each of the 1400 Clickview records we have catalogued to date. Adding the global ID will provide each Clickview record with a unique identifier, which should aid matching of SCIS and Clickview metadata in local systems, and the series statements should facilitate searching.

To incorporate this new information into the records, we will be utilising the following MARC fields: the 035 (system control number),  the 500 (general note), and the 830 (Series added entry) fields. We will be using the 500 field rather than the 490 (Series statement) field because the series is not actually stated anywhere on the items. An abbrieviated example of the MARC coding for the enhanced records is below (note that this example record does not include all the fields that would normally appear in a SCIS record), and we’ll posting here and on the SCIS website once the enhancements have been completed. 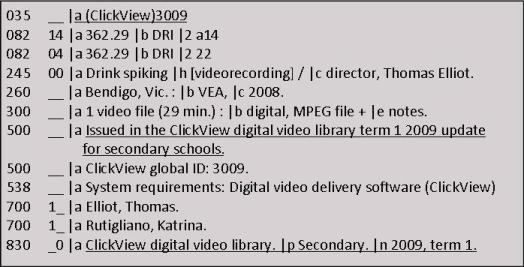 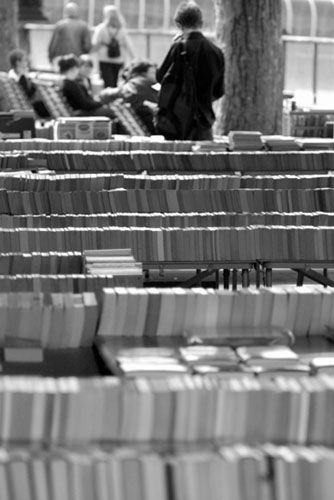