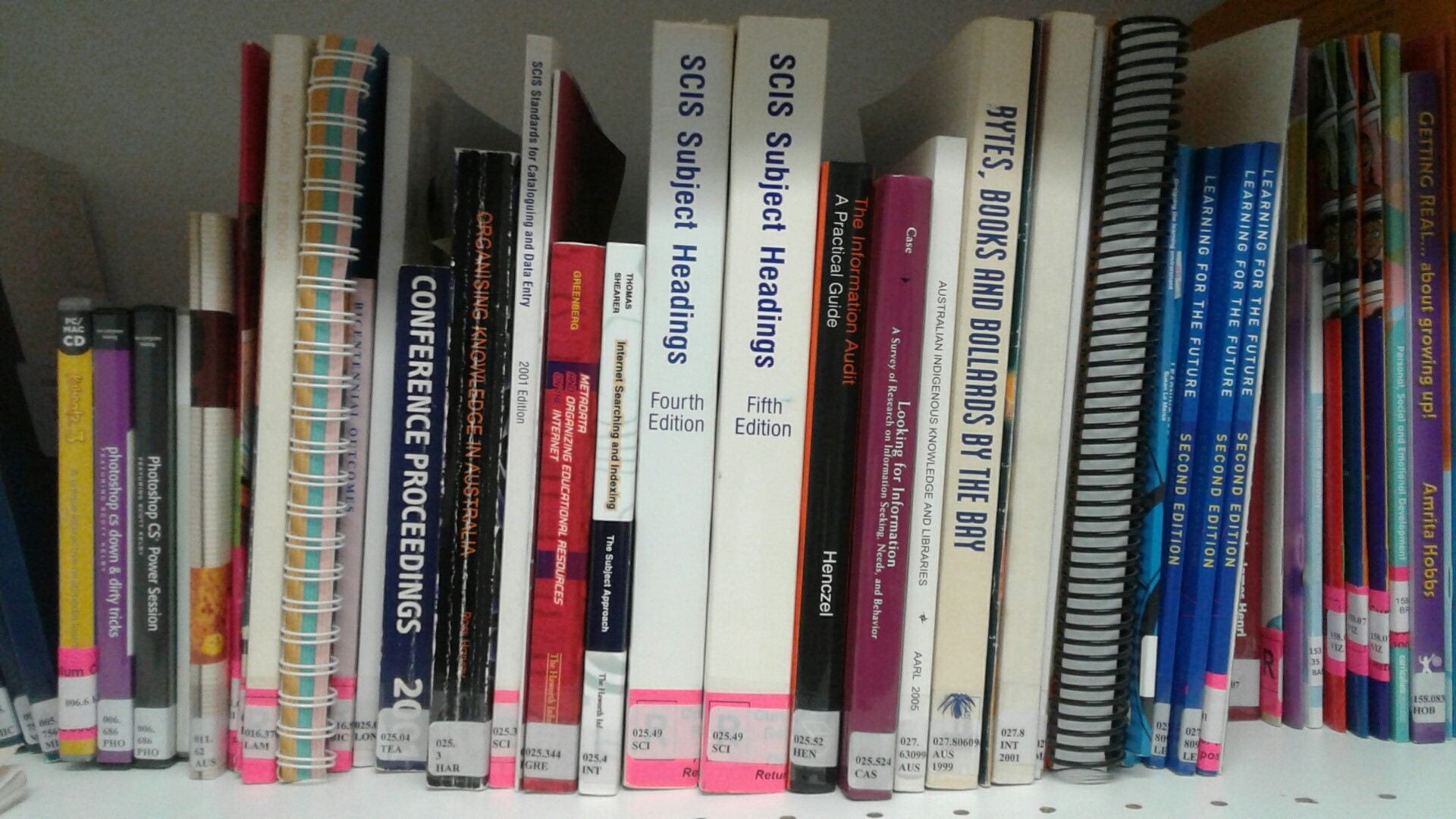 Book numbers are the set of three letters found in the SCIS call number. SCIS records all contain call numbers:

Book numbers usually comprise the first three letters of the first filing word of the main entry, i.e. author or title (where there is no author or only an editor).

Special book numbers are used in the following cases:

Works about the subject

BRO (Everyman’s companion to the Brontes by Barbara Lloyd)

BEA (The complete guide to the music of The Beatles, by John Robertson)

AND (The ugly duckling [by Hans Andersen] retold by Brenda Parkes

Special Book numbers are used in all ADDC15 and DDC23 classes where the Dewey Editors give the instruction to sub-arrange alphabetically. For example specific named automobiles, specific television programs, specific computers, computer programming languages and computer programs. Also, special book numbers are provided in the schedules for DDC23 numbers for William Shakespeare:

P3 (The merchant of Venice by William Shakespeare) DDC23

It is SCIS policy to use this special book number for works where the book number would, if title main entry and covering topics on Australian Aboriginal peoples, be ABO:

We hope this offers an insight into how the SCIS team creates high quality, consistent catalogue records for school libraries. Happy cataloguing!

SCIS (Schools Catalogue Information Service) was created with the aim of providing schools with access to a database of consistent catalogue records created according to agreed national standards, in order to reduce the cost and duplication of effort of cataloguing resources in schools. Since its inception, SCIS has been responsible for improving the quality and consistency of cataloguing materials for schools. View all posts by scis