The Indigenous Literacy Foundation was set up in 2005 by Suzy Wilson, with the aim of lifting literacy rates and opportunities for young indigenous children living in remote communities. The fund is supported by the Australian Book Industry and is a not for profit charity. You can find out more about the organization here.

Its main fundraising activity is Indigenous Literacy Day, which took place on 3 September this year. Many schools and libraries  hosted book swap sessions with book publishers and book sellers donating a percentage of sales to the fund.

Individuals who still wish to donate can Get caught reading…

The Indigenous Literacy Fund website is also a powerful resource, SCIS subscribers can download the catalogue record (SCIS No. 1534140)

What did your school do for International Literacy Day?

SCIS conducted its annual consultation workshop in Melbourne on Thursday 14 November 2013 from 9.30-3.30pm. The consultation engaged SCIS and its partners in discussion about future priorities in our support of school libraries. 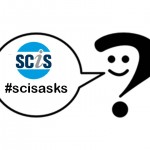 9.40am The view from the school library: Di Ruffles, Melbourne Grammar School

10.30am Key issue: The future of identity for integration and personalisation
Nick Lothian, Developer ESA

11.30am Future of the catalogue: Panel

Welcome to 2013 and the Lunar New Year in the Chinese Year of the Snake.

‘The Snake is the sixth sign of the Chinese Zodiac, which consists of 12 Animal Signs. It is the enigmatic, intuitive, introspective, refined and collected of the Animals Signs. Ancient Chinese wisdom says a Snake in the house is a good omen because it means that your family will not starve.’

In the world of colour AkzoNobel declares Indigo  (SCIS no. 1592774)  is a striking statement colour for 2013 associated with wisdom and honesty which enhances your environment.  However Pantone Color of the year 2013 is Emerald Green (SCIS no. 1592779)

2013 is also the International Year of Statistics,  (SCIS no. 1592783) a worldwide event supported by more than 1,400 organizations. More than 100 scientific societies, universities, research institutes, and organizations all over the world have banded together to dedicate 2013 as a special year for the Mathematics of Planet Earth. (SCIS no. 1592783)

On Tuesday 4 December 2012 SCIS conducted a consultation workshop with SCIS partners discussing future priorities in our support for school libraries.

Judy O’Connell, Course Director (Teacher Librarianship) at Charles Sturt University started the day with a set of challenges that covered collections, search, cataloguing, curriculum, interoperability and access. Her presentation Strategic directions for school libraries reinforced the context within which education libraries need to work.  These included curriculum, the cloud and game-based learning in a library environment which is both physical and virtual. 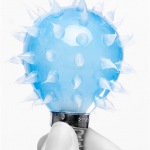 The challenge to participants was to rethink library catalogues, which should no longer be seen as simply tools for locating records. Interrogation of data from different data pools requires new thinking and a new user focus.  We need to change our technology interface to provide a natural, predictive and responsive search capacity.  Web 3.0 challenges us to make library search into a discovery interface.

“How does search impact the way students think, and the way we organise information access?”

Judy pointed out that the search experience influences how students see information structure. Students conceptualise information and the search environment differently, and the way they search should influence the way that we organise information. The learning technologies environment has changed since library management systems were first designed, and we must not lose sight of what is happening in other areas of information retrieval. The importance of metadata developments, including Resource Description and Access (RDA), mean we cannot take old thinking into new information environments.

Check out Judy’s presentation, and then contribute to the ongoing discussion about how SCIS and library system providers can best serve school libraries in 2015 and beyond?

The Australian School Library Association (ASLA) and Pledger Consulting (LinksPlus/Weblinks) announced the winner of the Australian Teacher Librarian of the Year Award this year won by Alinda Sheerman of Broughton Anglican College, Menangle Park, New South Wales. The judges commended her on

“working closely with the College staff in developing curriculum units based on the Guided Inquiry approach, supporting students at all levels in their learning and at all stages of the teaching /learning process. She ensures that the school library is a positive learning environment for all. She provides leadership not only in curriculum but also the promotion of a love of literature and the use of ICTs, and excels at providing collegial support, willingly passing on her skills and knowledge to others.”

SCIS congratulates Alinda Sheerman and all the state and territory nominees who show what a teacher librarian can do to promote learning and teaching.

The aim of LIW is to raise the profile of libraries and information service professionals in Australia, so check out the myriad of ideas on the ALIA website and take time this week to tell your teachers, students, parents and community what school libraries do!

We catalogue stuff!
We look up stuff!
We research stuff!
We know stuff!

NSS is one of the highlights of the week for school libraries.

Register your storytime to join in the fun and add your site to the national map.

Teacher’s notes
Christine Sarandis provides links to author information, reviews and activities to use this week.

In the 2010 SCIS Survey there were requests for access to SCIS training from a significant number of respondents. In response to this, the SCIS Subscriber Support Coordinator role has been designed to provide increased training and professional learning opportunities in the use of SCIS and its value to the school library community.

The following half day seminars are available to Victorian library staff in Term 2, 2011.

Register online for either workshop at: http://tinyurl.com/scisPDVIC

This training will highlight how SCIS cataloguing services can assist staff to provide a more effective library service to their school community. Learn how you can customise your SCIS profile to optimise your use of SCIS. Make the most of book cover images, and catalogue records for learning objects, video files, educational websites and e-books. Find out how to use SCIS Authority Files to save time and to enhance your library catalogue.

If you would like to discuss hosting a SCIS training seminar in your region, please contact Pru Mitchell.

Evidence & Image is the focus of the Your School Library conference being held online from 4 – 18 March 2011.

An impressive array of international guests will provide presentations on the theme of school library advocacy and help school library staff develop strategies to explain the value of the library to administrators, colleagues and parents.

School libraries are not a luxury item – they are essential to learning. But getting that message out is a challenge.

Once registered you will receive a login to the Sosius online forum where each day a new presentation is loaded, and email discussion gets underway. The online forum allows you to work entirely at times that suit you, but to get maximum value from the conference many find it important to negotiate at least one professional development or work from home session during this time.
The tag for the conference is #ysl6

With people around the world, our thoughts at this time are with all those affected by devastating floods. We are waiting anxiously to see how schools, libraries and infrastructure have been disrupted and how as a community we can help in the aftermath. This is not the beginning to 2011 that anyone expected when they closed their doors at the end of the school year. Events such as this and the 2010 Canterbury earthquake in New Zealand  have certainly shown the impact of  online social media and crowdsourced, citizen journalism. It has been impressive to witness the community in action through twitter, facebook, flickr, YouTube and mapping tools.

The Wikipedia article on the 2011 Queensland floods is one resource ready for teachers addressing this issue with classes in a few weeks. Starting on 29 December 2010 Wikipedians have maintained updated summaries of the extent of the floods across each river basin, described the response effort and referenced over 80 sources.  Viewing the history and discussion associated with development of this article provides a highly relevant starting point for an information literacy activity.

It is amazing to realise that on Saturday 15 January 2011 Wikipedia will turn 10.

Celebrations of the relatively short history of this project are planned for many places around the world, and people are sharing their stories of what being involved with Wikipedia has meant to them.
Wikipedia Timeline
Our stories: Wikipedia10 To find events to celebrate or commemorate in 2011, check out the 2011 Australian Schools Calendar of special events available from Education Network Australia (edna). 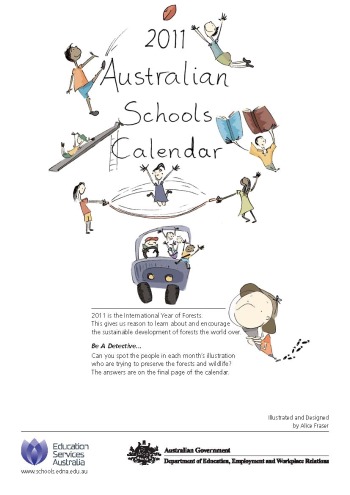 This year’s downloadable calendar was designed by Alice Fraser of La Trobe University, Bendigo. Alice took the UN International Year of Forests as the theme. Print each month and display the calendar in your school’s library, staffroom and classrooms.

From the regularly updated online version of the calendar you can download events, school term dates and public holidays into your calendar software.

Subscribe to be notified of new events as they are added to the Australian Schools calendar during the year.
Suggest an event to be added to the calendar.